When I initially chatted with him and found out his interests range everywhere from wrestling to anime to a love of Japanese culture and arts, I knew this would end up being a super-cool photo shoot that showed off everything this dynamic young man has been up to throughout his school years...
PrevPrevious
NextNext

Up for Adventure: Captivating Senior Photos That Reflect the True You

While I am located in East Mesa, I have clients come from all over the Phoenix area, including Bryan, who recently graduated from Combs High School. It’s not often that photographers get to work with graduating senior guys who are open to the whole photo shoot idea. So when someone like Bryan comes along with his enthusiasm and can-do attitude, I’m instantly ready to grab the camera and click until we have approximately a gazillion senior photos to choose from! 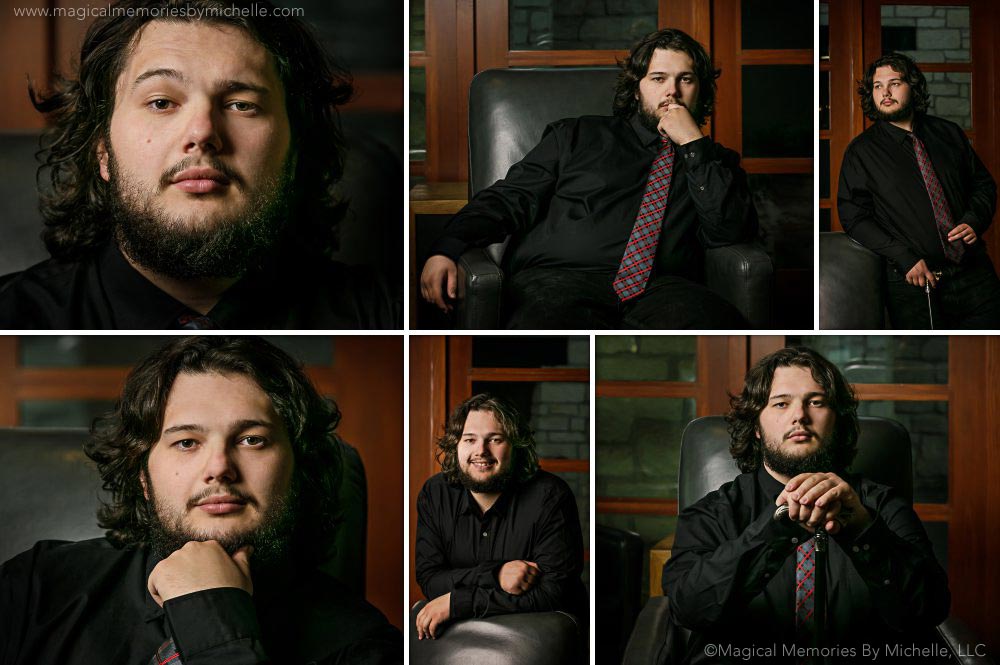 In the image below, Bryan chose a dressy black shirt to complement his long, curly locks and dark eyes. He is relaxed and at ease, and the rich color of the wood in the background brings a nice, warm tone to the moment. It always helps to make sure guys have something to do with their hands, or they can end up feeling awkward or antsy. This pose offered the perfect opportunity for a casual lean and a brush of his hand through the hair, giving the overall appearance of a guy who feels perfectly comfortable and in his element. 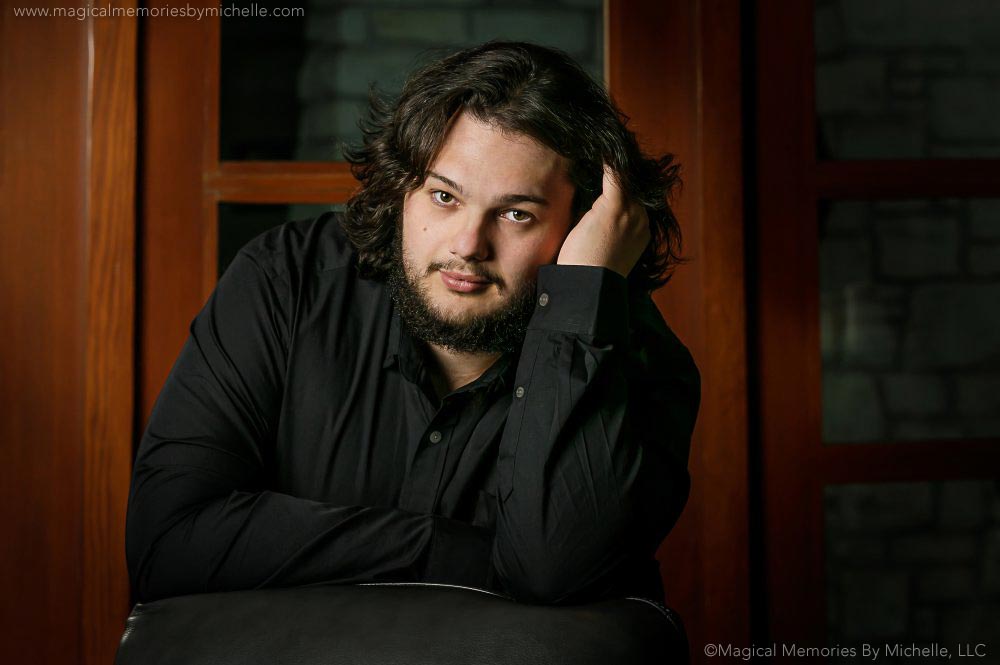 A 2021 graduate from Combs High School in San Tan, Arizona, Bryan has an impressive set of skills and hobbies that he’s honed over the years—as well as a very cool man bun that we had to make sure showed up in some of his senior pictures! When I initially chatted with him and found out his interests range everywhere from wrestling to anime to a love of Japanese culture and arts, I knew this would end up being a super-cool photo shoot that showed off everything this dynamic young man has been up to throughout his school years. 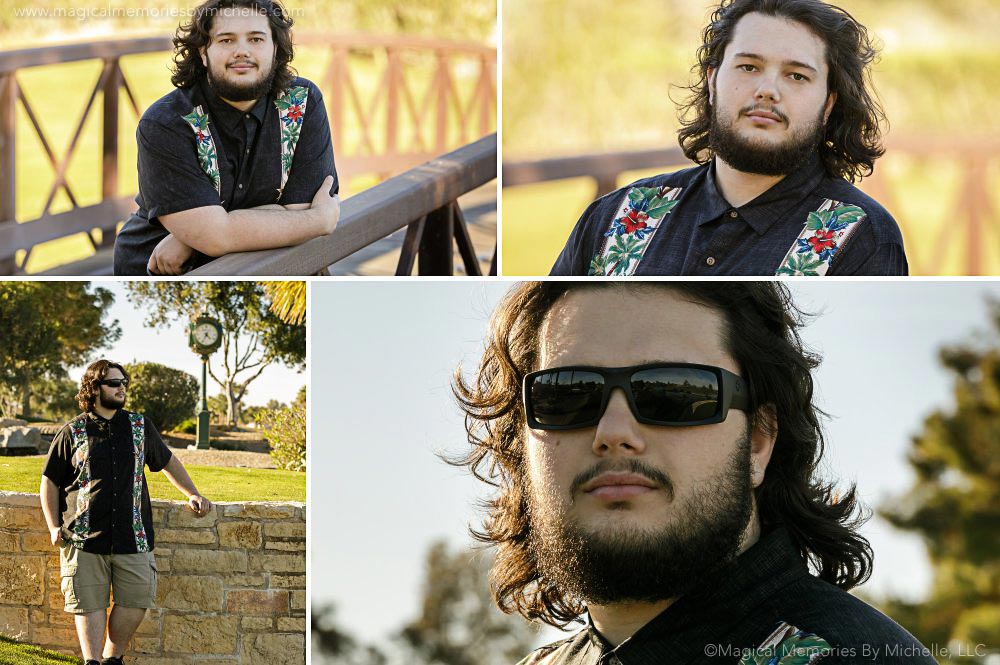 Style and Humor: This Guy Has it All

One of the first things I learned about Bryan is that he has an amazing sense of humor! I’ll let you all in on a little secret. All of my clients fill out a get-to-know-you questionnaire that helps me get going in the right direction with planning and brainstorming for their individual photo shoots. I picked up on Bryan’s sense of humor when I read his answers to one of the questions. When asked what he’d miss most about high school, he responded by letting me know he would really miss “not doing taxes.” You got that one right, Bryan…just you wait!

He says his biggest accomplishment in high school was taking first place in a high school wrestling meet. (I’m convinced Bryan is good at everything he sets his mind to!)

As for incoming freshmen, Bryan has a simple piece of advice he says has served him well over the years. “Just do the work.” This is a seriously smart grad! There’s no magic potion or secret trick; just work hard, keep your eyes on the finish line, and keep moving forward.

Like most most grads and young adults, Bryan is into video games and says he also loves anime and Magic: the Gathering. We couldn’t leave out his affinity for gaming, so as we planned the best photo ops, there were definitely game controllers and headsets in the mix! You can see some of Bryan’s serious looks coming into play as he shows the focus it takes to conquer his opponents. Even Bryan’s mom, April, loved this look because this how she sees him most of the time!  I had a little extra fun with the background in these photos. Yes, they were shot in the same indoor location, but check out the background colors. I specifically added the colors from Magic: the Gathering. I didn’t want that in-your-face look, just a subtle touch to tie it all together. 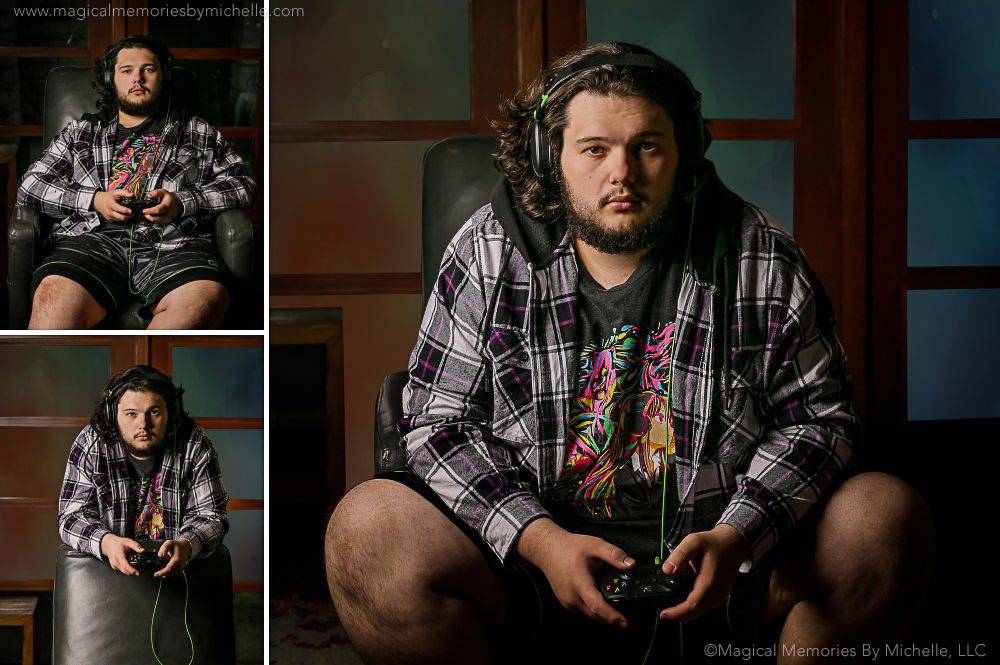 For these pics, he took a more casual turn with his wardrobe and went for a plaid hooded button-up over a tee with vibrant neon colors. (His fave colors are red, neon yellow, and purple!) Casual shorts rounded out the look—because no one can rule in the gaming world if you’re feeling all stiff and formal!

Long-revered in Japanese culture, the sword is a symbol of the Samurai’s soul. After a visit to Japan, Bryan was impressed by both the beauty of the sword and the traditions that came along with it. This was a key component of his photo shoot, and we ended up getting some amazing senior pictures of him dressed in a kimono and reverently holding a katana, including one of him in shadow as the sun went down. 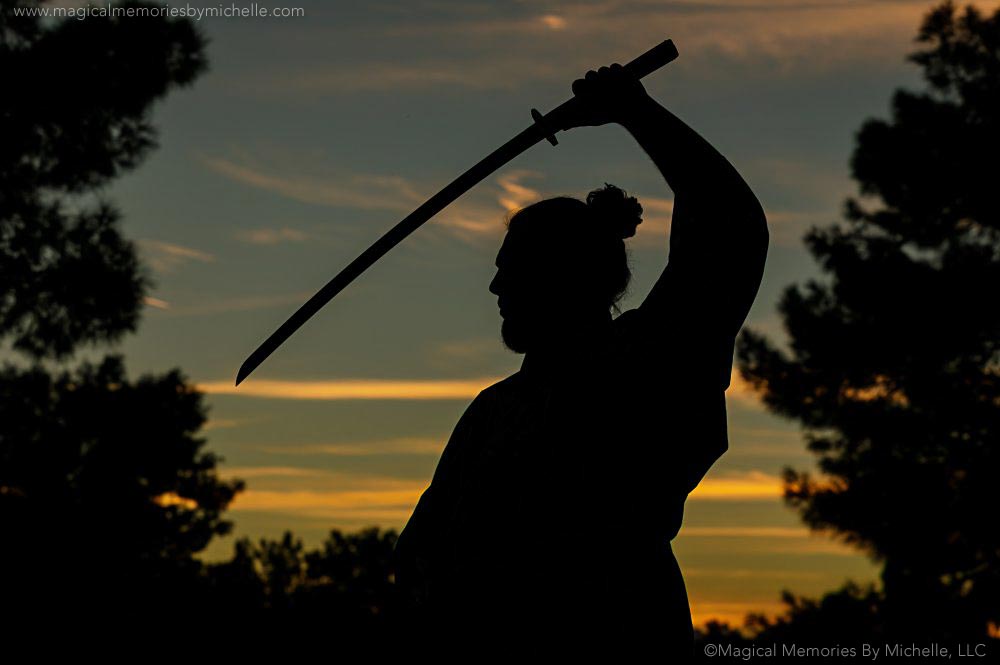 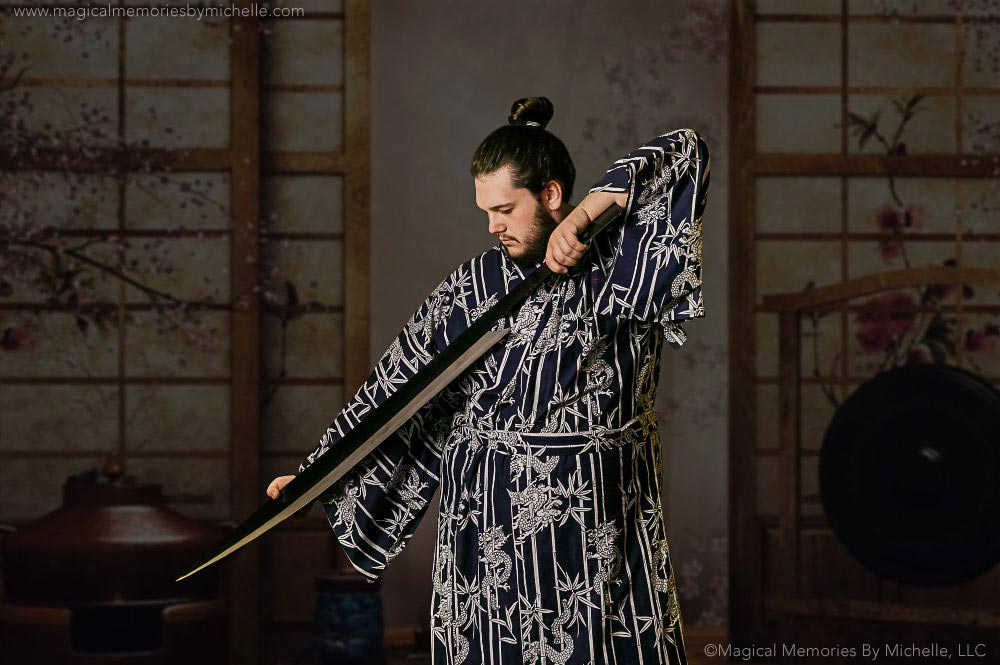 Bryan was up for creativity, and he was willing to try out different poses and venues that would best show off his interests and skills—and because of that, we ended up with some phenomenal photos that everyone in his family will love!

Big Plans for the Future

Not one to follow the crowd, Bryan has big plans his future, and they don’t involve hopping onto the mainstream track! He’ll be adding to his vast collection of knowledge and expertise as he becomes a professional animal breeder, specifically focusing on reptiles and spiders.

Known as an outgoing and personable guy by his friends, there’s no reason in the world this amazing grad won’t do every single thing he sets his mind to! You guys already know this, but one of the best parts of my job is getting to see the amazing things my young clients accomplish as they move past graduation and into the world! 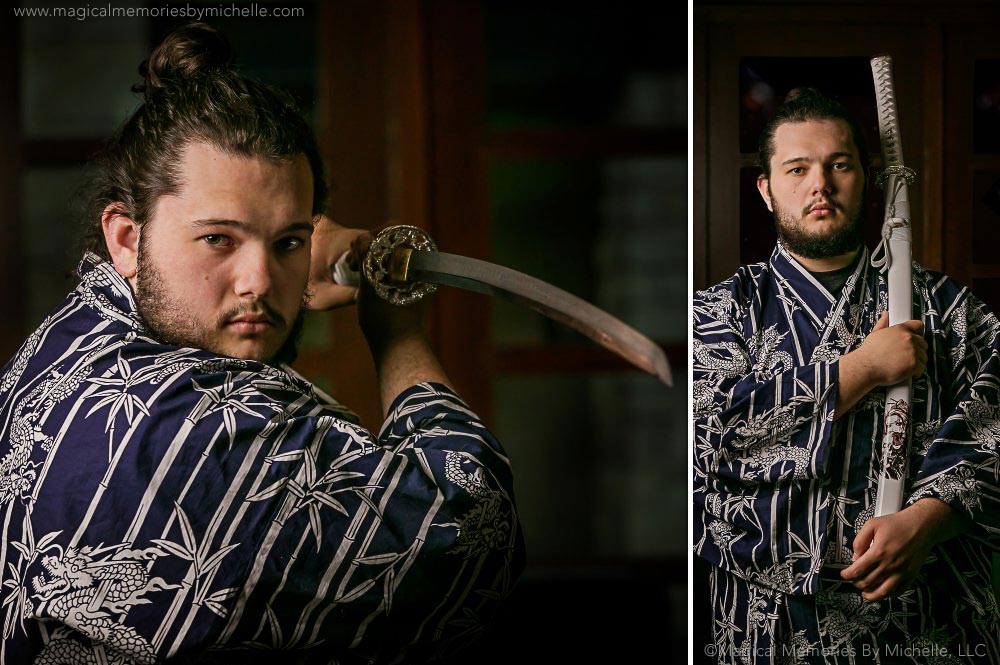 I’m one of Arizona’s top senior portrait photographers not only because of my creativity, but also because of the incredible line of designer products available. Bryan was no exception! Can you guess which image Mom selected as her Signature Silk Wall Portrait? Yep, it was this gorgeous close-up…close-ups are almost always mom’s fave! 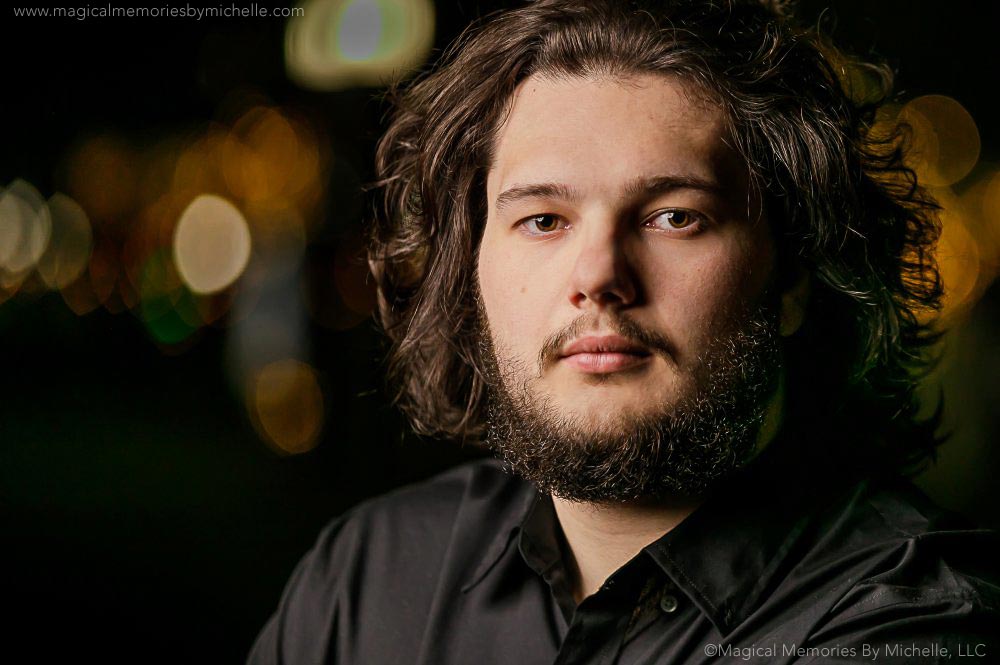 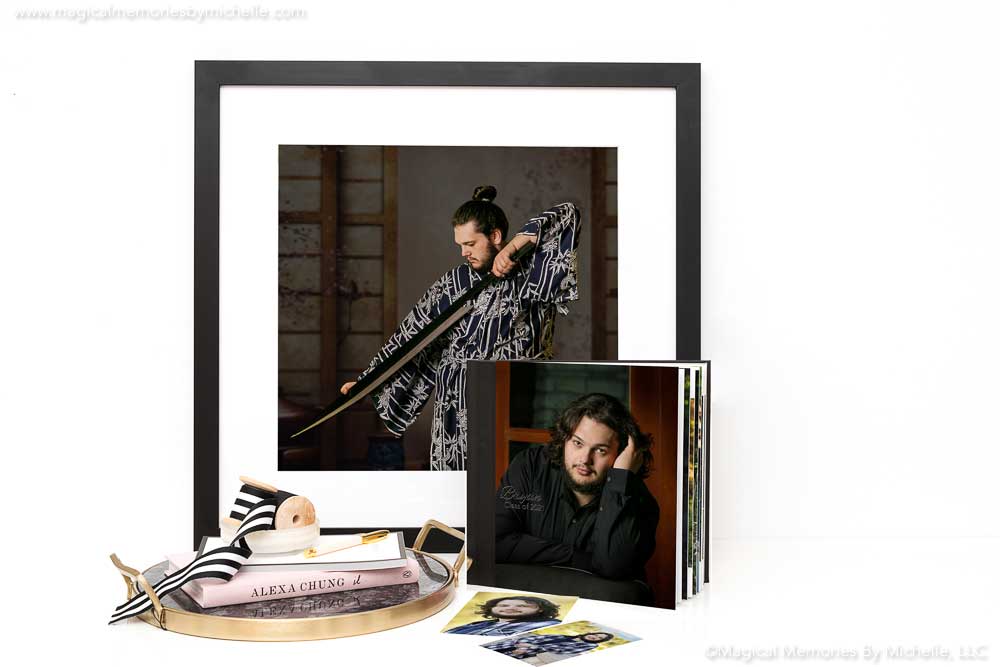 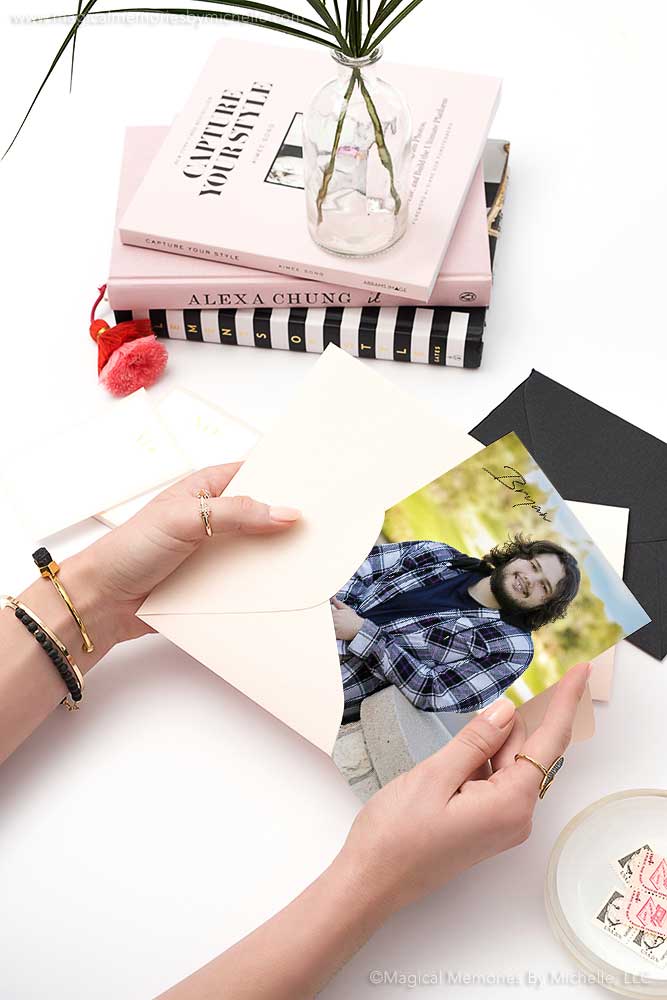 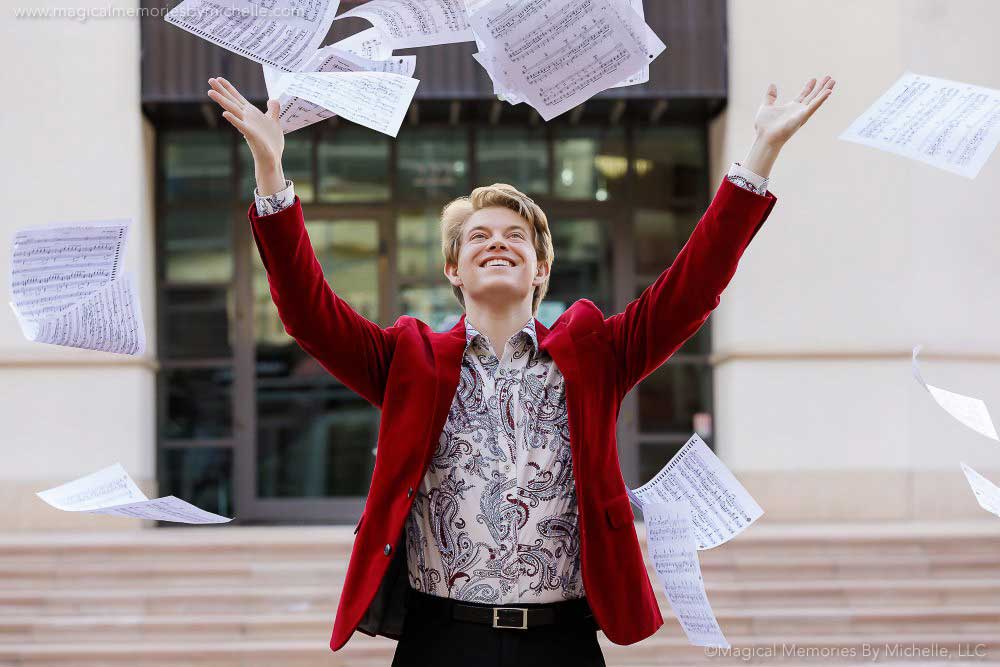 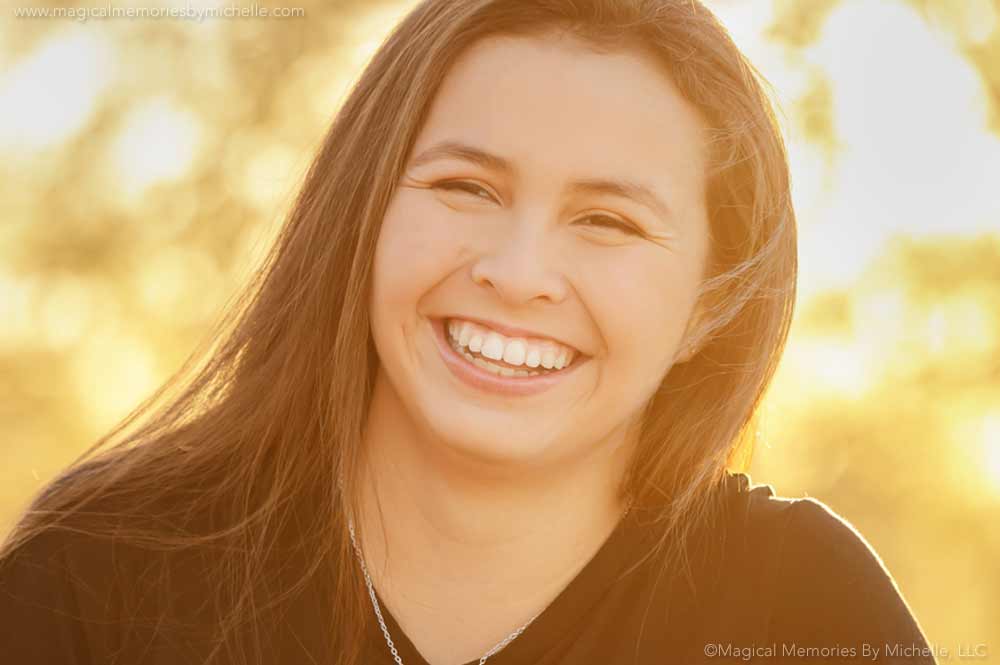 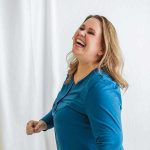