Your senior pictures should reflect all the things you loved about high school, and that means NO cookie-cutter photos. Top Mesa, AZ, photographer gets creative to capture your best memories!
PrevPrevious
NextNext

Hi, I'm Michelle! I'm your senior portrait photographer and I want you to have a fabulous senior experience!

No one wants their senior portraits to look like everyone else’s! You’ve worked hard all this time to get through school and excel at the things you love, so of course you want to STAND OUT in your senior pictures. And that’s what I’m here for! I’m actually allergic to boring, cookie-cutter photos, so when you schedule with Magical Memories by Michelle, you’re in for a creative session that highlights all the amazing things that make YOU stand apart from the crowd.

When Ryan and his family reached out for an initial consultation, I was so excited! I knew I’d be working with a fun and flexible family who was looking for creative ways to show off their son’s accomplishments. How did I know? Because just a couple years back, I had the privilege of shooting his big sister’s senior photos, and I had a blast!

Ryan looks dapper and laid-back in this daytime dressy look with a black button-down with a coordinating bowtie, and I love how this close-up shows off his natural grin and curly hair. You can even see a little twinkle in his eye as he looks forward to tossing that graduation cap high in the air and being able to say, “Outta here!”

A Florence High School grad—and very active in his school—we couldn’t skip on getting this great photo on the picturesque steps of the front building. Did you know it’s actually a historically recognized structure known for its Spanish Revival style? The unique stone archways and steps provided the perfect setting for this black and white photo. With light and shadows mingling between the covered walkway and the open areas, there were tons of opportunities for creative shooting.

When it comes to finding the best opportunities for your senior pictures, you can bet I’ll drive to them! Sure, Florence was a bit of a jaunt, but it was so worth it—and I’m sure you’ll agree when you see the rest of Ryan’s eye-catching photos.

On the Football Field & In His Element

A talented football player, Ryan says his biggest accomplishment to date is being named Athlete of the Year. (He’s on the track team, too!) Since football is a huge part of Ryan’s life, we placed a lot of focus on the field, his uniform, and tossing the ball.

A candid bleacher shot alongside a relaxed pose of him tossing the ball while lying on the field combine to form the perfect photo duo! In these images, he paired his team jersey with jeans and tennis shoes for a casual, athlete-at-rest moment. I loved being able to capture the smile on his face as he reflected on playing the sport he loves, and the shot of the fieldhouse in the background will always serve as a reminder of his original homefield.

Standing Strong on the Football Field

With the scoreboard in the background, Ryan stands proudly in his number 52 jersey as he holds his helmet and a football. What a perfect way to reflect on the best memories of the sport he excelled at all through school!

The closeup of the gleaming helmet with the bright red “F” for Florence is a fabulous prop to put in the foreground, too. Not only is it eye-catching, but it draws your attention directly upward to the star of the show: Number 52!

Oh, the stories behind this amazing image! You don’t think the American flag just willing posed there perfectly like that, do you? If you’ve ever watched the blooper reel after one of your favorite movies, you’d understand. I’m not sure how many pictures I have of Ryan’s dad scampering quickly out of the way as he tried to coordinate the timing of holding the corner of the flag with getting out of the photograph…but it’s a LOT!

Ah, the magic of photography. With a lot of teamwork and determination, we captured the final photo…and everyone loves it!

Combining his love of country with his love of football, Ryan poses in the stands holding the American flag while he looks off into the distance toward a blue sky full of fluffy clouds. It’s as if he’s looking toward the future…and for good reason. Because of all his hard work and dedication, it’s a bright future indeed!

There’s a lot to celebrate when it’s all said and done…making the grades, scoring the points, planning the future! So much has already been accomplished, so when it’s graduation time, it only seems right to kick back and enjoy the elation of the moment! (Don’t worry: no actual champagne was harmed in this photo session.)

With a lot more pizzazz that traditional cap and gown photos, Ryan poses with a bit of bubbly in front of Florence High School and gets the fizz going! The smile on his face says it all as he takes a moment to enjoy this major accomplishment.

The letter jacket is the ultimate symbol of every upperclassman who walks the halls in high school. And when you’ve contributed as much time as talent as Ryan has and worked so hard to fill that jacket with symbols of success, it’s a no-brainer…you HAVE to sport it in your senior pictures!

As the sun was starting to set, we took a stroll through a nearby park and caught the light just dipping beneath the trees as Ryan showed off the accomplishments sewn onto his jacket.

When the sun went down, Ryan’s relaxed and funny side really started to shine! Who would have guessed it? This guy loves dinosaurs! The adorable photo of him holding a neon dino has to be one of my favorites because it’s just so unexpected.

Just as unexpected was Ryan’s dressy casual look that included this purple button-down shirt paired with dark blue denim. Is there a color this guy can’t wear and look great in?! I love his sense of style and fashion—and his confidence as he chose a bold and on-trend color that really stood out for his portraits.

A mega Kansas City Chiefs fan, Ryan wanted to include some fan photos—and this life-size cutout of #15 Quarterback Patrick Mahomes did the trick perfectly. Just look at the two of them hanging out together on the tailgate of Ryan’s truck. Now THAT’S how to celebrate graduation!

Spotlight on the Grad

For those of you who haven’t been to Florence, let me just tell you, it’s a small town—which means it’s AWESOME for finding places that aren’t crowded for photographs. (No fighting crowds? A photographer’s dream!) It also means that when the sun goes down, it gets really, really dark!

I had previously asked Ryan’s mom, Amie, if we would be able to find an empty road where we could take photos of him with his truck. Little did I know…empty roads are everywhere in Florence! We did have to get a little creative with the lighting, but I love how this image turned out with Ryan’s headlights serving as secondary, super-impactful lighting to make him the star of the show! It was even published as a “Best of 2021” image by Senior Year Magazine!

Celebrating Accomplishments with a Smile

As Ryan looks forward to his future after graduation, he says he’ll miss his teammates the most, but he has plenty of things on his to-do list! He’s looking forward to going to college and would love to become a sports analyst. In the meantime, he’d love to travel the world, visit all 50 states, and go to a Super Bowl one day.

When asked for his advice for incoming Freshmen, Ryan said, “Enjoy every day because it’s gonna go fast.”

Get out there and enjoy it, Ryan! Can’t wait to see the amazing things you do next! 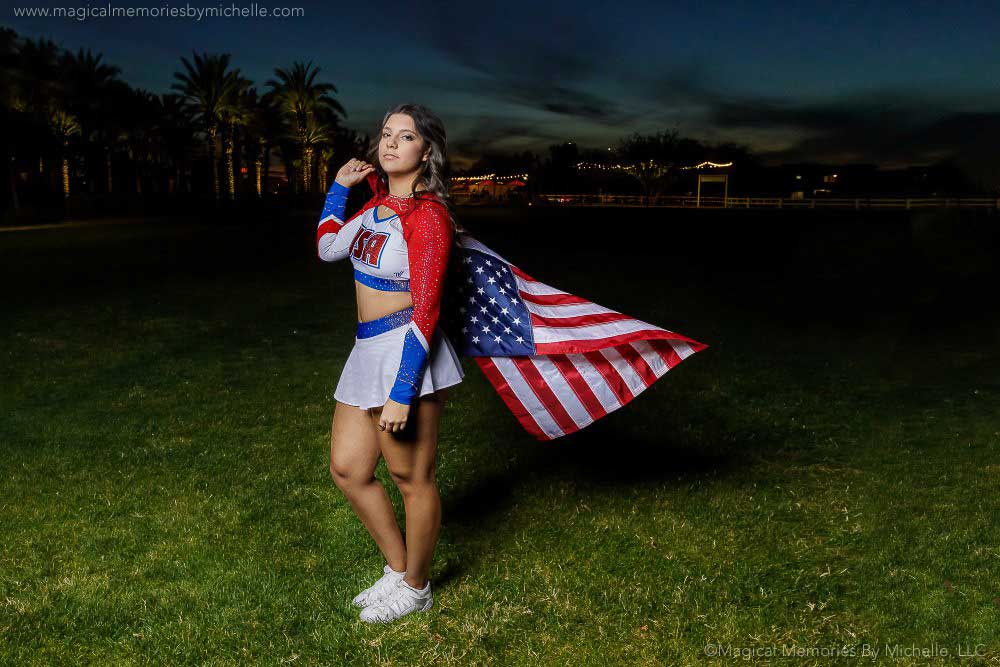 I loved seeing all the ideas for cheer senior pictures Aracely had to offer! From smiles to serious looks to a few bold and sassy expressions, she’s got it all—and she’s not afraid to share it with the camera. 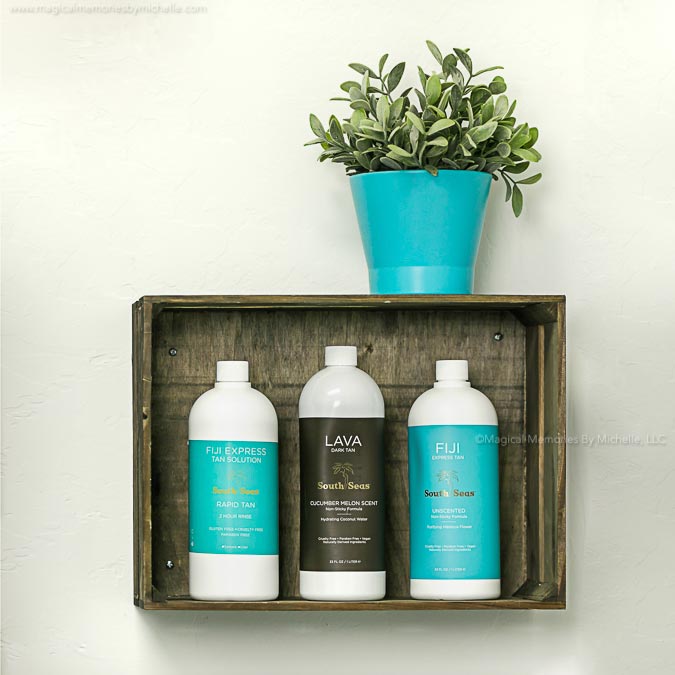 Should I Get a Spray Tan For My Senior Portrait Session? | Mesa Senior Photography

Today I've asked Christina Hayes from Nizhoni Day Spa to help us out with some information about spray tans. If you've looked through any of my photo shoot prep materials, you'll know that self-tanners are a big no-no! Christina's beautiful spray tans though, wow!!! They blend beautifully with your skin tones and give you a natural glow! 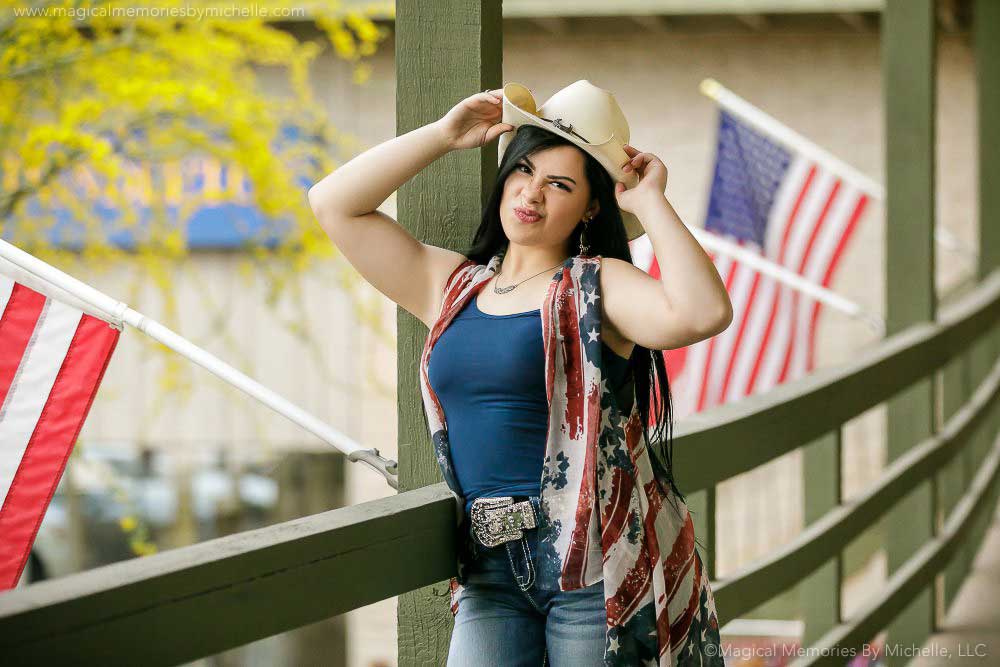 When I asked Ashley about her favorite activities and sports in school, she enthusiastically told me about her involvement in cheerleading, so of course we had to capture some memories of her in her Warriors cheer uniform, complete with silver and red poms and a bow on the side!